In Milan, in one of the most sought-after areas such as viale Washington, we offer an elegant building with elevator, completely renovated apartment with solid parquet flooring, new fixtures, internal doors, renewed electrical system with electric shutters, renewed hydraulic system such as heating system with the boiler. The residence develops with kitchen, two bedrooms, two bathrooms, laundry room as well as a beautiful loggia and cellar. The property includes air conditioning and cellar as well as custom furniture throughout the apartment. 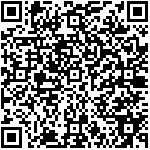